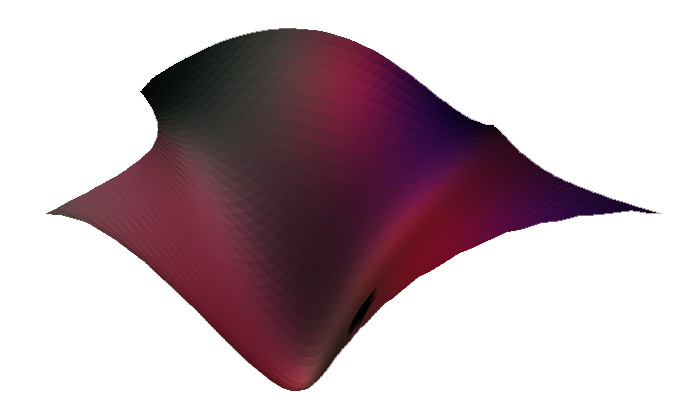 3D surface that we created

To describe the project just in a line – “We made a 3D surface and illuminated it with a bunch of light sources.” The surface can be altered and the lights can be placed anywhere, in any count. We provided a so-called easy interface for the users to alter the shape and position the light sources. The surface can be rotated while keeping the light-sources constant and view the change in illumination. 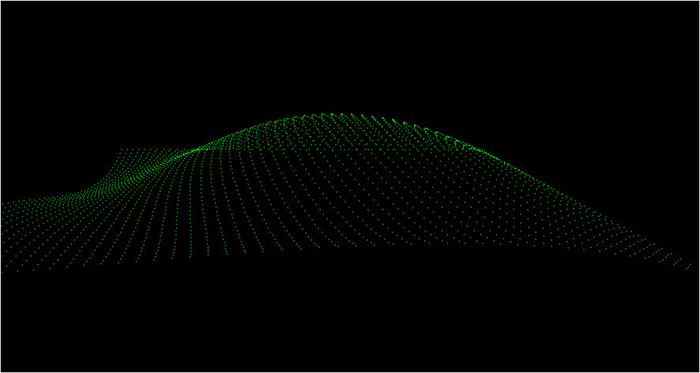 Wireframe of the surface

The light sources are those which holds colour. The colour appearing in the surface is due to aggregate contribution of individual light source. The colour value of the surface pixel is function of Lambert’s cosine angle and the distance of that pixel with an individual light source. In the project, we implemented this idea to all vertex of polygon. We actually calculated the color value for each vertex rather than every pixels appearing in the surface. And based on this, the rendering techniques for whole surface is dicussed below.

We have (x,y,z) coordinates for every point. We have a so called imaginary world with fixed position for every vertices of discrete surface. For 3D viewing, we constructed a perspective viewport that transforms 3D objects to 2D perspective. For more about the calculation, read this Wiki.

We used varieties of algorithms coming in our course scope and some others.

As said above, we calculated color-value(intensity) for the vertices of surface polygon. So we evaluated intensities using the vectors.

Given three points in space, we can always find a plane such that it passes through all three points. The equation for the plane can be evaluated using co-ordinates of those three points. Now the equation of plane gives us plane coefficients, which serves as normal vector of the polygon.

So using this idea, what we exactly needed in our project was to approximate the Bezier surface using polygons bound by three points(triangles). From those boundary points, we can compute normal vector for each of those polygon planes.

But to color the plane, we need intensity contribution by each light source at the vertex points, so that we can interpolate the color within, which means we need vectors for the vertex rather than planes. So to compute the unit normal vector at vertex we evaluated average of the unit vectors of all connected polygons.

Now the intensity is function of cosine and distance. The contribution from all light sources is evaluated in the same way and finally each vertex comes to have a color.

We implemented flat and gourard type of shadings. For flat type, we used the color value of any one vertex to fill the whole polygon and whole surface was painted. 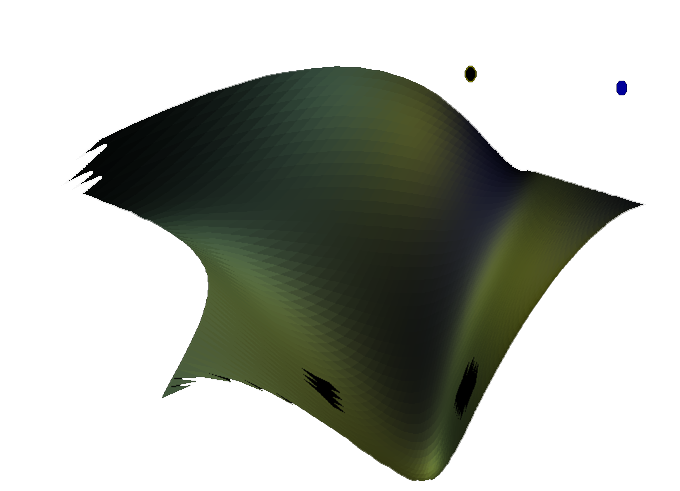 Surface with different sets of color

And finally if you are interested with the project, you can fork me on github.